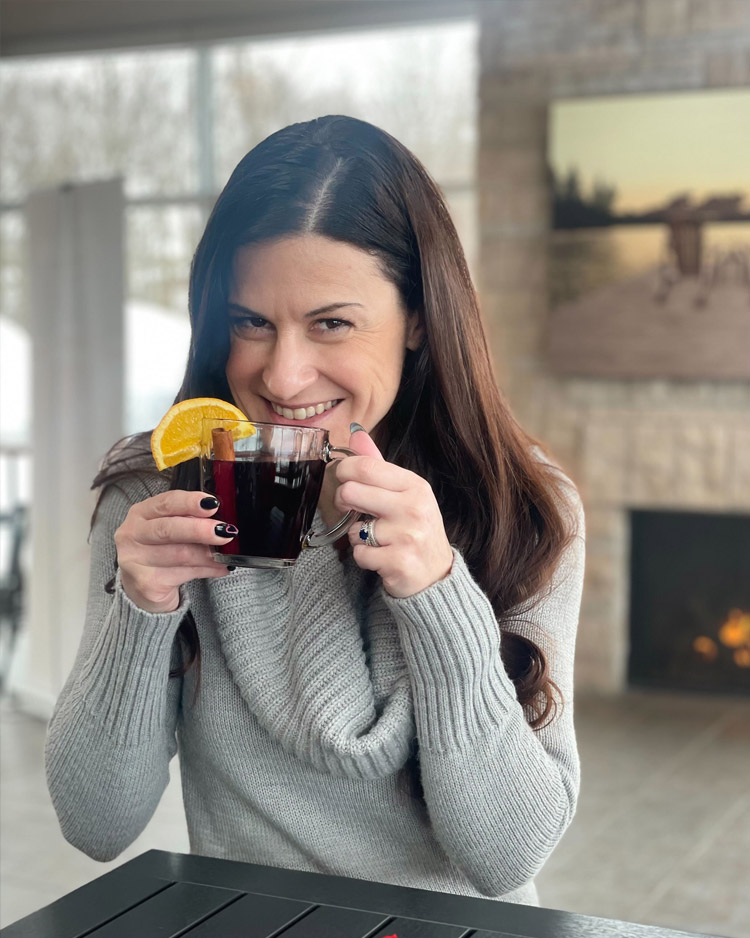 This recipe has been adapted to use only bottle of wine so, you can make mulled wine anytime without feeling you need to make a large pot!

Pour the wine into a pot.   Add 1 tsp of sweetener for now (adjust to taste later).  Add the cinnamon sticks.   (optional – add juice from one squeeze orange)

Wrap the spices in a cheese cloth pouch or use a tea ball.    Add pouch or tea ball to wine.   You can also add the whole spices directly into the pot but, you will need to scoop them out later with a strainer.

Warm over medium heat until steaming (about 5 min).    Then reduce heat to very low.

Taste and see if you need to add spices or adjust sweetness.    Continue to heat over low for 5-10 minutes.

Serve in mugs with the garnishes of your choice!  We like, orange slices (cut into half-moon shape).

From Chef Selma: “In Brazil there are different recipes depending on what city you live in.   in Sao Paulo most of the recipe includes red wine, pineapple, apples, cinnamon and cloves.  Some people also like to add a little shot of Cachaca, it’s a spirit distilled from fermented sugarcane juice that contains between 38 and 54 percent alcohol.     The alcohol doesn’t add to the flavour of mulled wine, it gives it more warmth.”